Sally Smith worked as a Party volunteer from her student days in 1964 and was later a Constituency Officer and District Councillor. She studied Politics and Modern History at Manchester University and was a member of  staff at Birmingham University.

Sally became a Professional Agent in 1990 and has worked in the East Midlands and North West, in both marginal and safe seats and for an MEP. She has worked with the CWO to help with fundraising.  A Past National Chairman of the NSCUA, Sally has been Honorary Secretary of CABA since retiring from full time employment.

She is responsible for the day to day adminstration of CABA and for keeping in touch with those supported by the Charity. 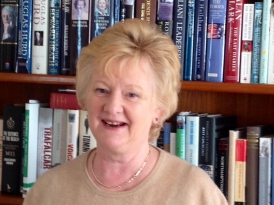