Charles Barwell OBE was President of the National Conservative Convention in 2010 serving on the Party's Board from 2007 to 2011. He chaired the committee that brought the Conservative Party conferences to Birmingham and was Chairman of the Party Conference in Birmingham in October 2010.

Charles was first elected as one of three Vice-Presidents of the National Conservative Convention in March 2007, and completed his term as President in March 2011. In this voluntary role he represented the grassroots members of the Party on the Party’s Board, and served as chairman of the Party's Finance and Audit Committee until 2015.

Charles has been a Trustee of CABA since July 2017. 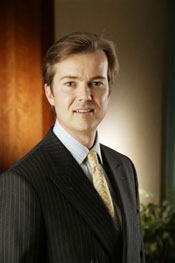